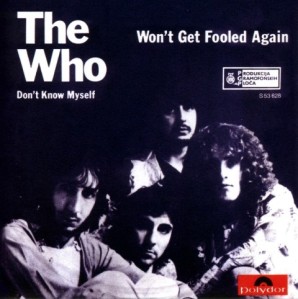 Good morning America.  Did you hear the exciting news concerning the new Facebook app?  Well if you haven’t, here’s the skinny.  Facebook is reportedly stripping down, and gunning for the look and feel of Flipboard, only with an emphasis on your Facebook feed as a source of data and news.  I’ve used Flipboard and IIRC you tell the app exactly the websites and such that you want it to feed you. I can’t recall if Flipboard also has one of the tabs where they offer up things their data mining software feels is appropriate to you (or the advertisers pay them enough to pimp).

With Facebook, picking and choosing websites and “news” in your feed is the equivalent of pinning The New York Times, The National Enquirer, The Onion, all the junk mail you received the last month via post directly to your living room wall and blindly throwing darts at them to select the news you will see and read any given day.  If Facebook goes down, or our computers are all killed by an errant solar flare, it’ll be the closest analog solution for those Facebook addicts to calm their withdrawal symptoms.

With Facebook, there’s no way to protect yourself against a constant influx of Fox News hyperbole or missives invoking you to “LIKE and SHARE if you want to tickle Baby Jeebus” because yourr friends list contains so many of your aging shut-in parents and grandparents, as well as the obligatory odd crazy uncle.  Bless them for sure, but if Facebook can’t figure out, given all they already know about me, that I don’t want to see a steady stream of evangelical Christian nonsense, then why should I get all excited that it’ll be coming at me with smoother graphics?  But that’s not the issue that needs to be addressed.  The clutter that needs to be removed isn’t the ever-present sidebars which allow space for even more obnoxious marketing ads, links to friends and groups, or the live streaming real-time ticker that continual documents and scrolls every action of every person on your friend list.   No indeed.  Facebook is broken in a way that I haven’t yet seen addressed.  I don’t care how well they dress up the pig they call Facebook.  Put a fancy dress and lipstick on it and it’ll still be a pig.   To be continued.