To stave off what they know is an increasing public relations disaster (for Jeebus in general and Republicans in particular) there are gathering whispers that the Republicans are going to offer up a more modest proposal on immigration, the patriotically titled (Duh!)  Revitalize America Act.

The Act proposes to thrust open our southern borders to all the helpless and struggling children of this hemisphere who wish to be relocated to ‘shelters’ in Mississippi, Arizona or Florida, states long known for their hospitality, temperate environments and deep cultural connections (to such well respected national icons as Nathan Bedford Forrest, Jeb Bush and “Good Ole” Sheriff Joe Arpaio).

In these proposed immigrant oases, the children will receive the security they desperately seek, learn valuable life skills, be provided a life sustaining diet and receive regular measured exercise. The icing on the cake is that every welcomed child immigrant will get a front row seat to the dazzling miracle that is unrestrained US corporate capitalism.

END_OF_DOCUMENT_TOKEN_TO_BE_REPLACED

Good day to all my friends and frenemies alike!  I’m taking a minute here to update the situation in regard to my feelings on the most expensive bit of electronics I’ve added to my collection in the last sixty days.  It was just under a month ago that I finally got my Sony DSC-QX10 for “Christmas” and I now have a fair amount of use under my belt since my earlier initial review here.  I’m happy to say that my initial positive impressions have held out over the longer haul, but that said, there are a couple quirky things I would like to point out regarding ownership of this excellent bit of cutting edge camera technology.

Since my earlier review, I have had time to play with the movie functionality of the lens a little bit more.  I mounted it to the top of my moped helmet as a kind of poor man’s GoPro yesterday in hopes of documenting my first moped ride of the new year. My past moped videos have been taken with my iPhone, and lacked both a proper mount or any video stabilization.  I could hardly contain my excitement at the prospect of testing this new Sony cam movie setting if for no other reason that the added video stabilization feature!!  Upon arrival at my first destination, Aldi’s, I found the Sony PlayMemories app had gone haywire somewhere along the route of my initial filming of the trip to Aldi’s.  I was forced to physically shut off the Sony lens power to make sure I had ended the video.  The red recording light on the Sony was ON at the time of my forced shutdown.  I encountered a similar problem later in my travails as I attempted to document the ride from our horse stable to another local grocery store near my house.

Expounding upon the Issue 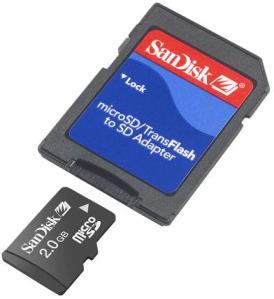 I found I had a real problem when I got home and tried to import the video files off the microSD card.  Videos do not stream back to the iPhone via the ad hoc wifi connection like photos can be made to do, nor can they be offloaded via USB cable from the camera itself.  You must use a card reader to transfer captured video off the QX10 to move it to another device.  I found both my memory card readers unable to make heads or tails (or even recognize that the memory card was inserted) when trying to import them into iPhoto on my Mac Mini using the full size SD card adapter that came with my micro SD card.

This tiny memory card is absolutely necessary for the Sony Cam to record video and is not included with the purchase of the Sony camera (Shame on you Sony!!).  By using the full size SD card adapter that came with the 16G micro SD card, I have been able to transfer files, both video and stills, with no issues in the past month.  I figured I had buggered the micro SD card somehow when the PlayMemories app went haywire on the moped ride video. 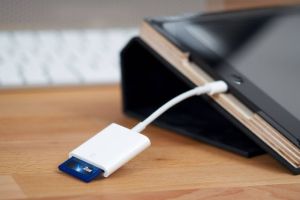 I had to make a choice on whether to buy and test a new micro sd card for twenty euro or spend twenty nine euro and get the “SD card reader to lightning connector” accessory for my iPad Mini.  It is something I was planning on adding to my blogging bugout bag anyway, so I figured I might as well go ahead an make the investment and see what happened when I placed that ‘buggered” micro sd card into the full size adapter and plugged it into my iPad.  Bottom line.  It worked flawlessly, and I was able to import and clear the card through the iPhoto interface on my iPad.  Look forward to an upcoming moped ride video coming to my social stream any time now!

Here’s a sampling of the photos I’ve taken with the QX10.  These are downsized a bit for my website.  Most, if not all of them are available in full size on my Flickr account, the link to which is accessible (as are all my social media links) on the SOCIAL tab on this website.

Real Kings of the Castle