“Stuff I Learnt” is a new series premiering today.  It will focus on an eclectic mix of things I have learned since leaving Mississippi five odd years ago.

Guy with the longest beard has the smallest penis

The A&E cable show known as Duck Dynasty had about eight million viewers at the time one of the errant fugly duckers went into full out Jeebus-lovin’ homo-hater mode in a GQ magazine interview.

After that article went viral, it was “Heathens vrs. Holy Men” time (aka America vrs Fox News) all over the TV and internet. The Holy Men assured us that the show would be more popular than ever. I clearly remember the harmonic bleating of the usual cast of knuckle dragging religionists fully agreeing with the Fox News analysis. We were advised by those motley fools that the homosexuals would be better served trying to un-homosexualize themselves than taking on a manly dude who seeks gratification slaughtering ducks. Psychiatric sessions were suggested (for gays, but not compulsive duck murderers), no offense intended…of course.

END_OF_DOCUMENT_TOKEN_TO_BE_REPLACED

The pearl clutching panic among the FTB Girlyban conspirators is still going full bore.  Not since that billionaire dick (Koch) was caught giving a fiscal reach-around to those global warming deniers, have so many loud-mouthed public blowhards been so afraid of having their insider conspiracy exposed.  The degree of anticipatory fear shown by the  #FTBullies  (that Thunderf00t might actually do the kind of document dumping that makes me proud of Bradley Manning), has me wondering if Thunderf00t is actually sitting on equally explosive information.  It is just as likely that they are freaking out because they are afraid Thunderf00t will release their secret “brownie” recipes.  It would be imprudent not to speculate.

Not enough resolution to determine if jewelry passes the Surly Amy standards of acceptable public display.

For all their over-the-top brouhaha, the FTBullies are fun to watch and mock.  It isn’t everyday that you can witness intellectual or cultural evolution of this magnitude in real time!!  We were all getting totally “mocked out” on creationists and religious apologists anyway.  Even the sight of PZ dry humping Ken Ham’s fiberglass Dino-donky was starting to fade in allure.  And then there was this:

You know what I’m telling you is true because back in the old days (before BigPappa fell under the spell of the red-headed hippie chick above), we used to have real cohesive internet social gatherings.

Holy Christ on a Cracker!,how I long for the good old days when a certified sacrament of questionable moral acquisition could be openly desecrated by BigPappa to the delight of all skeptics.

I blame the presence of so many jack-booted Girlyban enforcers, heavily armed with their intimidating “douche detectors”  for harshing the mellow of the entire movement.  There isn’t enough Preparation H available on the entire planet to stem the massive output of “butthurt” being spewed by the hyper-vigilant  SHE ORG division of Girlybantology Inc. 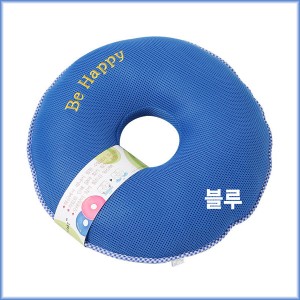 I would be too busy spending money to blog if I had the presence of mind to go bullish on hemorrhoid cushions early last year.

In my wildest dreams, I never imagined having a front row seat to a New Century religious movement that blended (tiny) bits of rationalism, Scientology, secrecy, radical feminism, Fox TV “debating” techniques, Muslim fanaticism and hero worship; all in one fell swoop!  Given the breakaway faction’s science geek provenance, it isn’t specially shocking to see them borrowing freely from their more successful peers on the lunatic fringes.  I guess we should count our blessings that they haven’t yet tried to enforce a Klingon-Only language policy at Skepticon or TAM.  That could be a bit much to bear, as the guys are still getting used to the mandatory guyliner applications and hair braiding sessions.

I honestly do regret having to see many great men of skepticism and science slandered (Dawkins, TF, Krauss, Grothe, Hitchens, ElevatorGuy…) while simultaneously witnessing former giants of our movement toilet-hugging drunk on their power (PZ, Dillahunty).