Obama, in his best Bush, “We don’t torture” voice:

1. We don’t spy on Americans.  What kind of crazy talk is that?

2. Ok, we do spy on Americans but only those who are talking with foreigners. We’re not the Stasi ferchrissakes.

3. We only collect metadata.  It’s not like we’re copying your emails and chat logs, something that would be clearly illegal and totally against the fourth amendment to the Constitution of the United States.

4. We collect everything on everybody.  Not only do we collect your emails and chat logs, but their contents are freely accessible to every low level tech drone outsourced by the NSA. We have every intention to continue doing so no matter what the body of public opinion on the matter is.

Have you not been watching my harassment of medical marijuana clinics in the West, where voters have overwhelmingly expressed their willingness to allow same?  This government will not stand idly by and watch the level of democracy and compassion rise to a point which might endanger the continued existence of these United States.

I will now focus the rest of my term on issues of concern to the working class. 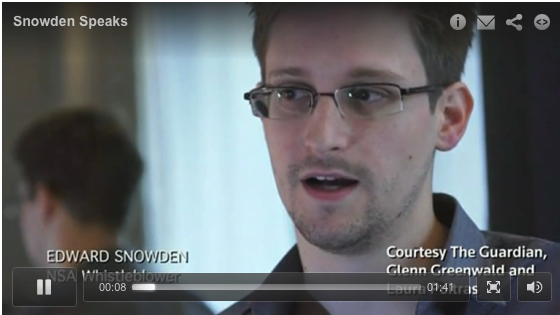 Thank goodness for the soft spoken sensitive types who have a conscience and the personal integrity to stand up to the evils of TOTALITARIANISM when they see it.