I’ve been sorting through my vast collection of old personal electronic devices  Over the decades I have accumulated a fairly fat pile of abandoned equipment.  Some of it is still functional, though obsolete, because the function of the device has, more or less, been absorbed by the the smartphone universe (what hasn’t?).  I will be focusing this blog entry on the oldest working camera tech that I purchased to support my blogging addiction over the last fifteen or twenty years, my first ‘real’ digital camera, my beloved Canon S110 Digital ELF. 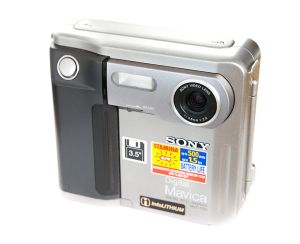 For the record, the first mass marketed consumer digital cameras of the 90’s were large and heavy (The Sony model shown above weighed 1.2 pounds), used floppy discs as storage and sported optical sensors as small as one third of a megapixel (.3 MP) though in fairness, did contain honest 10x optical zoom.  The cost?  Suggested retail was right at $800 and that was a bit out of my purchasing ‘sweet zone’.

The first digital camera I could afford to buy was a .8 megapixel no-name cheapie with all the light sensitivity of a blind man, no zoom, no flash and no LED viewfinder! It had a very limited and fixed internal memory with no slot for a memory card (wasn’t invented yet!).  It was something less than a hundred bucks in it’s day and was passed down to my kids when I finally jumped into my first honest-to-goodness “high quality” digital camera.  I might have gotten all of a half dozen decent pictures out it in the entire time I owned it, such were the vagaries involved in getting all the conditions just right to tickle the fickle optics in that cheap POS.  I hope it has found the way to the dump heap by now.

A hero enters my blogging arena.

It was right at the start of the new century, in 2001, when I managed to cough up the funds to buy a Canon Digital ELF S110.  I purchased the display model because at the time, the only retail store I could find that had one, only had the display model left in stock.  I paid $350 for it after getting a $50 markdown for buying the display unit.  I normally refrain from purchasing display electronics, specially things as fiddly and motorized as this camera, but it came with all the accessories and a full warranty, so I went ahead and make the purchase.  This 2.1megapixel model was state of the art back in its day.  It is the oldest camera I still own, and outside the bangs and bruises, and despite having lost the flash card door cover (as well as the lens cover that is suppose to protect the lens when in the off position, this camera still manages to provide images almost as good as when I first bought it.  Here is the camera and some sample pics I took recently to test it.  The only thing I have replaced on this camera is the original battery.  Note that the S110, unlike any digicam I have seen since then, still has a true optical viewfinder to supplement the very tiny led display on the backside of the camera.  The camera came with an 8 meg flash memory card that was sufficient to hold about seven full quality images (1200 x 1600).

Bashed and bruised, this old dog can still hunt.

The flash door cover just got in the way anyway. 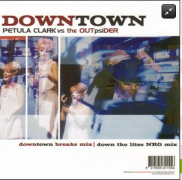