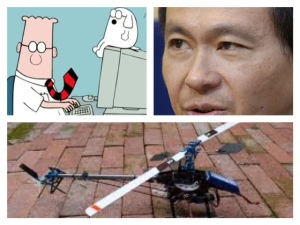 Francis Fukuyama wrote about the off-the-shelf technology available in February 2012 when he said this:

It is extremely easy to build a drone now that can do not just surveillance but can carry rather large payloads.  If you want to see how large some of these planes get, check out this video of a model Airbus A380.

I suppose you could watch the video of the Airbus for inspiration and then go back to the article that Fukuyama wrote for a parts lists and directions.  Maybe that’s where Hamas got the idea?  From Scott Adams (Dilbert):

Hamas has its own drone production facility, or did, until Israel found it. One presumes Hamas will build more. How long will it be before Israel is facing suicide drones that only cost its enemies $100 apiece, fit in the trunk of a car, and can guide themselves to within 20 feet of any target? I’d say five years.

Five years?  Are you serious?  The Iranians are expected to be able to gear up for a nuclear bomb by the weekend whenever it suits the powers that be, but Scott Adams, (commenting on a contemporary story of a disrupted production facility) thinks it will be FIVE years before the hoi polloi are using this tech routinely.  Shorter, much, much shorter.

Probably get so bad in the near future that you will have to give a DNA sample to buy any device that has a GPS chip in it.  Gonna make getting a new cell phone more like a trip to the doctor’s office.  You might want to hang on to that “old” iPhone 4 for awhile. 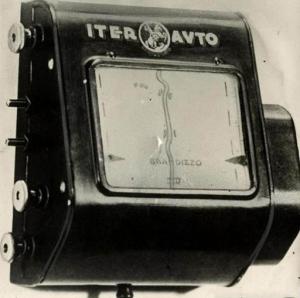