Andrew Sullivan, the right-wing, self-hating homosexual Catholic, has a rant on how Obama is in dire straits after one mediocre debate with Romney.  What a freak show this Sullivan character really is!!  For those of you unfamiliar with Sullivan, he is best remembered as a gung-ho rightwing Bush war supporter, before he eventually pulled his head out of his ass (see also John Cole at Balloon Juice for a similar postwar conversion).

For those too young to remember, see this and remember this is a three round bout.

Here is Huffington Post take now that they have noticed. 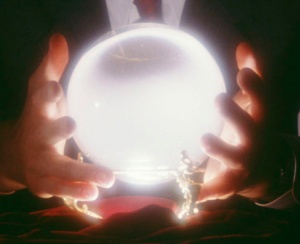 Having called the election for Obama sometime after the failure of the slobbering Texas governor, and the promiscuous demise of the Pizza Guy, I am now ready to make another bold prediction.  Despite what the press has been leading everyone to believe, the sentient center of the nation clearly had my first prediction already floating around in their heads back then anyway. I consider that one a gimme.

Now that the Republicans have settled on the new-age version of Joseph Smith, it is looking like the Republicans are going to be heading out into a desert of their own making very shortly.  I bet Joseph Smith would be proud of Mitt’s capacity to fabricate lies out of thin air.  Mitt is consistently repeating false timelines and misquoting the actual narratives of the brave and selfless Americans who were involved in the embassy attacks (as if denigrating the commander-in-chief during a time of crisis wasn’t declasse enough in its own right!)   But the thing is, it isn’t confined to Mitt.  This propensity for false witness and fabrication has so thoroughly infected the entire Republican establishment that “normal” Republicans (the ones your Dad admired) have been chased away, banished and sidelined.  If only there was a way we could do something about it?

Elections have coattails.  This election is going to have a coattail so long that it’ll be the envy of coattails all over the world.  A blowout of EPIC proportions for the entire Republican party.  I promise you that within a couple more election cycles it is going to be so shameful to have been associated with the Republican party that people are going to deny membership with a fervor not seen since the protestations of innocence by Nazi prison guards post 1945..  Those who can’t deny membership will plead involuntary circumstance and throw themselves on the mercy of their countrymen.

Okay, the second part about total disintegration of Republicanism is a bit of a stretch.  I am no Nate Silver, but you can bank on the Obama blowout as well as the swift and hard kick to the groin that is about to befall the party of Nope.  I will be tagging articles that I see to Twitter with the hashtag #cleansweep.  Posterity demands it.