It started out innocently enough.  I just asked myself “I wonder who invented the modern potato chip” and here’s what happened next: 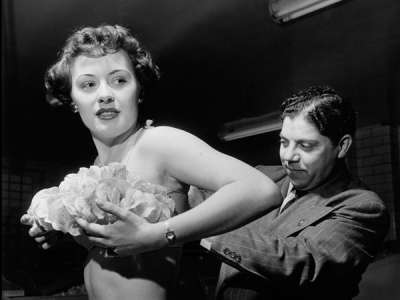 Documentation in support of this shocking announcement below the fold. END_OF_DOCUMENT_TOKEN_TO_BE_REPLACED

WASHINGTON — The National Rifle Association has rallied gun-owners — and raised tens of millions of dollars — campaigning against the threat of a national database of firearms or their owners.

But in fact, the sort of vast, secret database the NRA often warns of already exists, despite having been assembled largely without the knowledge or consent of gun owners. It is housed in the Virginia offices of the NRA itself.

This is not a problem for conservative gun owners. They believe that the NRA isn’t like the NSA.  Since it’s a private corporation, gun enthusiasts are super confident that the NRA database is vastly more secure than that of the bungling government NSA.  Besides, what could possibly go wrong if government “watchdogs” ever did decide they wanted that NRA database?

It’s not like there’s any contemporary history of western democratic governments ham-handedly seizing or forcing the destruction of private industry data, and anyway, now that everybody knows that Glenn Greenwald has a gay South American “partner”, all the heavily documented facts he’s been reporting on can be summarily dismissed as yesterday’s hoary gossip.

Finally, our long international nightmare is over!  There is no illegal spying going on against Americans.  That’s the lesson that will get printed in future US history books (because it’s the story the government is “selling” us today!).  It will be injected into the curriculum right after the lesson on all the missing WMD’s we found in Iraq.

The Tim Channel is 100% behind 100% strict government registration and regulation of all firearms.  I extend my personal thanks to the fundraising department at the NRA for collecting a list of several million of their most hardcore radicals.  It will indeed prove quite helpful in the event the former slave states once again decide to break into open rebellion.

There were no WMD’s in Iraq.

Disclaimer: All people shown in this post are fictional.  Any similarity to that of potential Republican 2016 contenders or nude male pornographers is purely coincidental.

STOP THE PRESS.  I WAS WRONG!!  I CONSIDERED THE SOURCE OF THE RUMORS TO BE LYING BASED ON HIS PREVIOUS EXAMPLES THEREOF.  Makes the expression “Even a blind boar stumbles across an acorn in the woods every now and then.” even more relevant.

Here we go again folks.  The Anthony Weiner affair has been solved.

The arc of the story matched what we’ve all come to expect from the rightwing noise machine.

The predictability of their criminality, combined with a reckless disregard for the truth has become the defacto standard by which they operate.   How do you know if a Republican is lying?  Just look to see if their lips are moving.