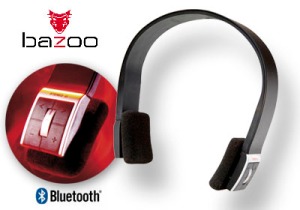 Bye Bye Bazoo.  Sorry to have drowned you!

I like to listen to music as a form of harmonic therapy in the best of times and circumstance. I even melded my love of electronics and music into a profession.  Because I’ve got so much of the music in me, music is much more than just a small comfort to me at this particularly stressful time.

The other night, after a long session of listening to my favorite #timtunes, I managed to set the right earpiece of my aging, yet beloved Bazoo bluetooth headphones into an abandoned cup of coffee sitting next to me here at my workstation.  I didn’t even notice at the time and it spent the night soaking in stagnant coffee. The next morning I unconsciouslyI reached over, picked them up, and placed them on my head before noticing my idiocy.  It’s enough to make an old man fear he might be going crazy. I will refrain from recounting the feeling of placing that dripping, coffee-saturated foam pad on my ear.  I had a pretty good run with my Bazoos.  As audiophile headphones they were just barely adequate, but compared to the limited selection of audiophile bluetooth headphones available three or four years ago when I got them, they were above average. 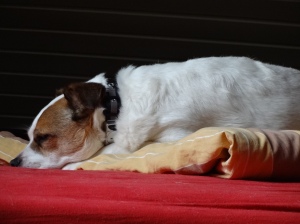 Bandit is Resting Up For the Rowdy Roadtrip

My sorry bit of caffeine carelessness put me in a sad(der) funk, as well as a very difficult quandary.  I am trying to squirrel away every bit of money I can so Bandit and I can escape Germany as quickly as possible after tending to the loose ends of my dear wife’s demise.

There’s absolutely no way I could financially justify replacing a pair of stereo bluetooth headphones at this time.  It would be totally reckless and irresponsible to do so.  Then it hit me.  That’s exactly the kind of crazy reckless thing my wife would do!

I can live without food and I suppose I could survive without a dog (but who would want to?). I cannot live without my music.  The serendipitous juxtaposition of being able to engage in an act of adrenaline soothing retail therapy that both honors the reckless financial abandon of my wife while simultaneously satisfying my need for harmonic therapy was too great for me to resist.

I’m not bitter there were no Muslim jihadists when I was young enough to “dance a jig” at the prom, just a bit disappointed in hindsight, but I digress.  It’s late Saturday afternoon by the time all the elements combine to move me to jump on my moped and make the loop of retail electronic stores just this side of the Dutch border.  This amounts to exactly two, but they are large enough outfits I know I’ll have some options to sort through.  I set a limit of a hundred euro to replace the Bazoo set which originally cost me about eighty euro.  I was honestly hoping to find the cheapest, marginally suitable replacement bluetooth set I could, figuring that maybe they had dropped to under fifty euro by now. 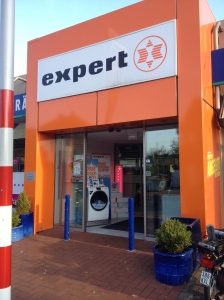 This was the first of the two stores I checked.  I sought out the youngest clerk I spotted as they are always the most proficient in English.  In this case, it turned out to be David Gottschlich, a personable young man whose facility in my native tongue was matched by a very pleasant and helpful demeanor.  More on that later.  David confirmed with colleagues that they had exactly two bluetooth stereo headphones for sale.

These were the eighty euro Phillips headphones

They were both Phillips models, the most expensive of the two being priced right at the edge of my recklessly high hundred euro limit and the cheaper pair just twenty euro less. No fifty euro bluetooth options here!!  A cursory examination of the boxed units (there were none on display) gave me confidence either would fit the bill for me, but David knew I was going to check the other store’s selection before deciding on a purchase.  The competing retailer (Euronics XXL) is literally a block and a half away, so it wouldn’t take me long to finish my rounds on the high speedy race-rocket (25 km/h) that is my Tomos moped.  I thanked David as I wandered out and mounted my iron donkey.

This is the store where I originally purchased the Bazoo headphones several years ago, though to be honest, I wouldn’t give eighty euro for an exact replacement after seeing the Phillips priced at that level today, since the pair at Expert Electronics, though untested, clearly looked superior to my old Bazoos.  I knew from past purchases where the selection of bluetooth stereo headphones was located and I quickly located the one and only offering on their shelves.  As it so happened, they were priced at the fifty euro level I was hoping to find.  There were only two problems.  The first is my lack of trust in the “Trust” branded product design and the second was the lack of an available display unit to fiddle with. 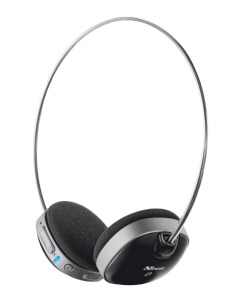 Fifty Euro of Flimsy and Folly?

I knew better than to get too concerned with the audio quality of my intended replacement headphones as I was more interested in the comfort and fit, since I’d set my budget towards the low end of anything that could reasonably be considered an “audiophile quality” product.  The ergonomics oft the Trust Branded headphones didn’t look up to the task given the rather flimsy looking headband and wobbly looking earpieces.  The only way to know for sure was to open them up and test them for fit.  That’s where young Marius Quante came to my aid, yet another of the bright and cheerful German youth I have encountered in the retail services sector here in Germany.  He carefully extracted a pair from the box for me to try on and in short order I discovered that the wire band was too big for my head and it did not appear to have any means of personalizing to fit for small, wobbly-headed Americans like me.  Meanwhile the earbuds were swivel pivoting out the sides of my head, making me look more like Mickey Mouse than is fashionable for a man of my age and stature (old, tired, bent and busted).

I thanked young Marius and noted to him in jest that although his first name most definitely sounded “gay’ to an American-tuned sensibility (like soccer), his last name was so freakin’ awesome it more than made up for the burden of the first name his parents had saddled him with.  We laughed together and parted fast friends.  I then went back to Expert and purchased the eighty dollar Phillips set after putting David through ’round two’ of product evaluation.  There did not appear to be any difference in the electronics or the headphone drivers themselves between the eighty and hundred euro Phillips options.  The only difference I could see was that of on-ear vrs. over-the-ear styling.  I’m just glad the over-the-ear set was the cheaper of the pair since I’d have been forced to go that route either way.  I don’t much care for the on-ear variety.  I went out of my way to drop back by Expert to show Marius the selection I’d settled on and thank him again for his service.

I love these headphones.  They seem to hold a charge really well.  I ran them for a long time after charging them up fully (standard operating procedure for me).  I put them back on charge after several hours of high volume play but that was out of ‘respect’ and not because they had shown any proclivity of going dead.  I didn’t even crack the instruction manual to sync them up.  It is the standard way of all my other bluetooth devices on my iDevices though the Phillips pair has NFC as well for phones/tablets with that syncing feature.  They fit well, the control for volume is nicely done, and they have a built in mic for Skype, etc.  The only thing they don’t have (maybe they do and I am missing something) is the skip back and forward function of the Bazoo pair, a feature I can live without.  They do have the power/pause button combo which is nice.  They also have the ability to operate as corded headphones if the battery is dead but I doubt I’ll ever even try that.  Sound quality is EXCELLENT.  Construction solid.  These will serve me well and I would highly recommend them to somebody who doesn’t want to drop the insane amounts of money you can spend now that Beats and some of the ‘big name’ headphone companies are finally getting around to addressing the bluetooth hi-fidelity market at a price that many will find more appealing and attainable.   I can see my wife smiling at me from beyond.  We’re both in a happier place now.