“Stuff I Learnt” is a new series premiering today.  It will focus on an eclectic mix of things I have learned since leaving Mississippi five odd years ago.

Guy with the longest beard has the smallest penis

The A&E cable show known as Duck Dynasty had about eight million viewers at the time one of the errant fugly duckers went into full out Jeebus-lovin’ homo-hater mode in a GQ magazine interview.

After that article went viral, it was “Heathens vrs. Holy Men” time (aka America vrs Fox News) all over the TV and internet. The Holy Men assured us that the show would be more popular than ever. I clearly remember the harmonic bleating of the usual cast of knuckle dragging religionists fully agreeing with the Fox News analysis. We were advised by those motley fools that the homosexuals would be better served trying to un-homosexualize themselves than taking on a manly dude who seeks gratification slaughtering ducks. Psychiatric sessions were suggested (for gays, but not compulsive duck murderers), no offense intended…of course.

The vast majority of America was repulsed by the bigotry, and for a brief moment, A&E had the good sense to suspend the ignorant father ducker, but in the end they decided to bow to the subtle pressure and nuanced reasoning of the loud wailings of rightwing Christianist Americans, all dressed in Red, White and Blue, many of whom were wielding cheaply manufactured assault rifles imported from the Red Chinese. At the end of the day, A&E being just a cog in the bigger machine that is US corporate whoredom, properly figured to squeeze a few more bucks outta the hands of their southern redneck “swamp-people” audience and brought Mr. Robertson back into the fold.

I swear that since that day, the aisles of Walmart stores in Louisiana have been more heavily patrolled by bearded dudes carrying assault weapons than we had troops patrolling Fallujah.

Today there are only around two million viewers left watching Duck Dynasty, down from the eight million who were keeping track before the hairy duck-dude got plucked by the Gay Chefs Union (GCU).  Looking at the precipitous decline in their popularity is a clear “sign from above” that Jeebus loves him some gay dudes. Fox News and all the fundamentalist preachers, even with their supposed hot-lines to the Almighty, were wrong yet again. There hasn’t been this much fail in fundamentalism since Harold Camping passed away in full dress uniform, standing by the side of the road at a bus stop, waiting for Jeebus and his chocolate covered chariot to swing down low and spare him from the Rapture.

Doubling Down on Pig Ignorant 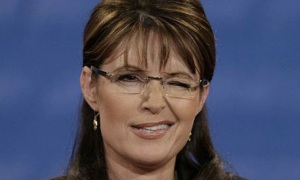 If you thought that the public shunning and loss of audience affectation might have had some redemptive effect on the pig ignorant hillbilly, you’d be dead wrong, no matter what kind of amends to the gay community the Doofus Duck Plucker tried to offer up in his defense at the time.  Here’s what the religious numb-nut had on offer as late as yesterday!

So Much Wrath – So Little Time

Is there any wrath that can’t be laid on God’s doorstep?  If that’s the case then emancipated Black people are definitely God’s wrath on the South.  God is also a huge fan of hip-hop and favors Jay-Z.  You can tell by the success God has showered upon him.