Figured I would take a minute or two to do a rundown on some of my favorite internet technology and iOS apps.  Click on picture icons to launch websites in new window.

The Latest from IFTTT

If This Then That  iOS app is now available. Set up  autoposts from one social media application to another.  For example you can have your Instagram pictures autopost to your Twitter account or Facebook feed.  The list of supported websites is fairly exhaustive, as are the different actions that can be called up by the various triggers.  Best of all, it’s free.

Pickfair is a new service that lets you upload your personal photos and sell them on the open market. You set the licensing fee yourself.  Picfair takes a small commission if somebody decides to use your photos.  I just uploaded three rather obscure photos of Dutch coffee shop menus.  I’ll be adding a bunch more photos over time.  Will update as to my success/failure in this endeavor.

If you’ve got a decent internet connection you can do great photo editing online.  There’s enough options provided in the advanced menu to cover the photo editing needs of most of us mere mortals (and Bloggers).  There’s also an iOS app for Pixlr, but is is limited in functionality compared to the online version.  Set a bookmark.  You won’t be sorry.

This is a not a free iOS app, but the three dollars it costs to download it is well worth the time and trouble it saves in eliminating the constant emailing of photos back and forth between my MacMini and my iOS devices.. Photo transfer functions through your existing wifi network.  You’ll need to download and install the free desktop app to transfer to and from your desktop.  App works for transferring photos and videos from device to device or desktop to device.  Mac and Apple desktops supported. 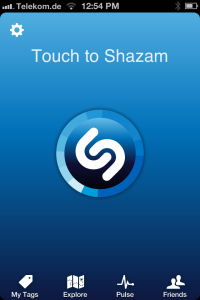 Shazam has been around for awhile now.  I am still totally gobsmacked at the technology that supports it, but having an app that can listen and identify songs for you in real time is another great reason to be alive these days.  I sent a tweet to Shazaam requesting Spotify links be added to the tagged songs.  They sent me a response notifying me that the upgraded version supports Spotify links and is ad free.  I paid the highway robbers a one time upgrade fee of five or six bucks because to me, it’s Spotify or die.